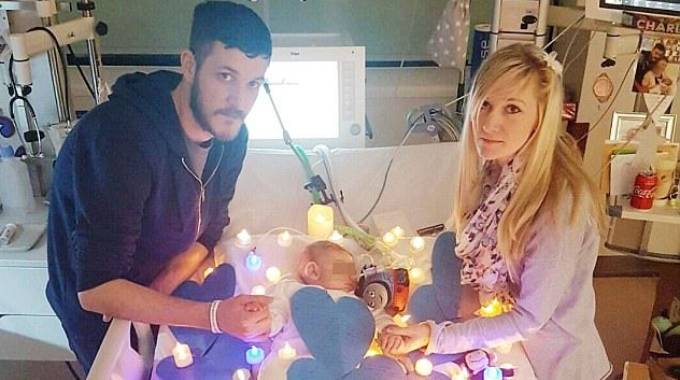 A Vatican hospital says it is ready and willing to care for British infant Charlie Gard if the courts allow him to go but British officials are refusing to allow the little boy to leave the country. The Italian news outlet Zenit reports leaders of the Bambino Jesus pediatric hospital in Rome, Italy said they are willing to care for Charlie if the courts will allow him to be transferred to their hospital. But it looks like that will not happen.

Britain’s Foreign Minister Boris Johnson told his Italian counterpart on Wednesday that legal reasons prevented the transfer to Rome of a critically-ill British baby due to be taken off life support.

“Minister Boris Johnson expressed gratitude and appreciation for the Italian offer but explained that legal reasons prevent Britain from accepting it,” a statement from the Italian foreign ministry read.

Britain’s foreign ministry said Johnson had told Angelino Alfano, Italy’s foreign minister, that “it was right that decisions continued to be led by expert medical opinion, supported by the courts, in line with Charlie’s best interests”.

The president of the Bambino Gesu hospital, Mariella Enoc, told reporters she had asked GOSH if Charlie could be transferred but was informed he could not be moved. A spokesman for the hospital said: “Great Ormond Street Hospital kindly told us that there is a legal problem about Charlie’s transfer to Bambino Gesu’s children’s hospital. “This is sad news,” said Mariella Enoc, President Bambino Gesu, often referred to as the “Pope’s Hospital.”

Officials with the administration of President Donald Trump have spoken with the familyof Charlie Gard and say they are offering to help in any way possible. But seeing how Gard and his family are in England and both British and European courts have rejected pleas from his parents to take him to the United States for experimental treatment, the ability to help is probably a tall order.

Charlie Gard’s mother is still defiant in the face of a court decision allowing a hospital to revoke life support from her son even though she and Charlie’s father do not want it removed. Charlie’s parents are desperately trying to get him to the United States for an experimental procedure that could save his life as he battles a rare disease. Charlie is the little boy who is dealing with a rare disease and whose doctors are preparing to remove his life support over his parents objections.

Charlie’s parents have exhausted their legal options as court after court has denied them the ability to provide proper life-saving care and medical treatment for their son. They have been prevented from taking Charlie from Britain to the United States for an experimental treatment that could save his life. Gard, the 10-month-old baby in the United Kingdom who is afflicted with a rare mitochondrial disease, will have his life support withdrawn after his parents lost their appeal to transport their son to the United States for an experimental treatment.

Charlie’s mother Connie Yates sent out a response on social media following a tweet from president Donald Trump saying that he would help Charlie if possible. Yates thanked both President Trump as well as Pope Francis who spoke up over the weekend on Charlie’s behalf. Yates added: “If he’s still fighting, we’re still fighting.” Leading pro-life organizations and disability rights campaigners have been fighting for Charlie speaking out on social media on his behalf. Now President Donald Trump has joined that chorus.

Trump’s support came after Pope Francis weighed in on their side — offering his prayers for Gard, and asking that his parents’ wishes be respected. “The Holy Father follows with affection and emotion the story of Charlie Gard and expresses his own closeness to his parents,” read a July 2 statement issued by Vatican spokesman Greg Burke.

“He prays for them, wishing that their desire to accompany and care for their own child to the end will be respected.”

Pope Francis also used his Twitter account to send a clear pro-life message to the world. When his parents asked to take their son home to die, their request was denied. Gard’s life support machines were to be turned off Friday, but the courts allowed the parents to have more time with their child before his death. “Baby Charlie,” as he came to be known, cannot breathe on his own, has seizures, and suffered severe brain damage as a result of his disease. In March, doctors told Charlie’s parents that they did not believe that they could do anything further to treat their son, and recommended that they withdraw life support. Despite the grim diagnosis, Charlie’s parents raised over $1 million to move him to the U.S. for treatment, but the European Court of Human Rights ruled against them on Wednesday and will not permit them to treat their son.

The court said that they did not believe that the experimental treatment in the U.S. would benefit Charlie, and that it would cause him “significant harm.”

“The domestic courts had concluded, on the basis of extensive, high-quality expert evidence, that it was most likely Charlie was being exposed to continued pain, suffering and distress and that undergoing experimental treatment with no prospects of success would offer no benefit, and continue to cause him significant harm.”

Charlie entered Great Ormond Street Hospital in London in October and was diagnosed as suffering from a form of mitochondrial disease that causes progressive muscle weakness and brain damage. Subsequently his parents discovered that 18 people in the United States had been treated with an oral medication of naturally occurring compounds to remedy this rare condition. Reports have not identified the doctor who initially agreed to treat Charlie, but it was noted that his parents were aware that no cure was promised.

The main argument offered by the hospital to countermand parental authority was to protect Charlie’s “best interests. “However, attorneys for Charlie’s parents argued that the hospital was basically holding Charlie hostage, violating several articles under the European Convention on Human Rights, including the rights to life, liberty and family privacy. Terri Schiavo’s brother Bobby Schindler has weighed in on the situation. “Charlie Gard’s life is more valuable than British and European bureaucrats realize,” explains Bobby Schindler, President of the Terri Schiavo Life & Hope Network. “The central issue of the Charlie Gard struggle,” continues Bobby Schindler, “is not about rationing, limited resources, or even life support. At issue is whether universal healthcare means that bureaucrats and judges will determine appropriate treatment, or whether parents like Charlie’s with the energy, finances, and physicians to care for their child will be allowed to do so.”

The Terri Schiavo Life & Hope Network has served more than 2,500 medically vulnerable patients and families. The Network been instrumental in similar parental rights cases, particularly the case of Jahi McMath who is now home with her family, and baby Joseph Maraachli who was ultimately allowed to die peacefully in his sleep from natural causes at home, surrounded by loved ones.

Schindler added: “We don’t need judges posing as anguished moral philosophers, weighing what makes a life worth living. We simply need them to rule on whether mothers and fathers have an inalienable right to care for their own children. Are we better off in a society where government officials are encouraged literally to separate loved ones from each other? Is it better for Charlie Gard to live and die at home with his family, or in a state institution?”