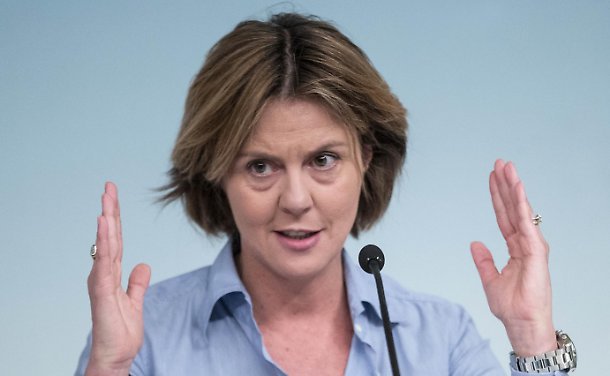 This year marks the 40th anniversary of the legalization of abortion in Italy—what has transpired on that front in the past four decades? For answers one turns to the mandatory annual report that Italy’s Minister of Health sends to Parliament. Issued in late December, the 2017 report presents detailed definitive data for the year 2016. As has been the case in the last few years, there is much positive and hopeful news in the latest report.

First of all, it should be noted that Italy’s abortion law includes more than abortion. The title of Law 194/78 reads: “Norms for the social protection of maternity and for the voluntary termination of pregnancy.” Health Minister Beatrice Lorenzin often makes the point that the law first protects maternity—then allows for abortion.[1]

As for maternal care, the latest data available (2015) show that Italy has one of the world’s lowest maternal mortality rates (MMR): 4 per 100,000 live births, compared with 14 for the United States, and 12 for all of the more developed regions.[2]

Sadly, the total number of legal abortions in Italy over the past 40 years is on the order of 5.5 to 6 million. No doubt this termination of life is a factor in Italy’s now shrinking population.

The hopeful news can be found in the data trends. Following an initial spurt after legalization, the annual number of abortions in Italy peaked in 1982 at 234,801. Since then abortions have declined almost steadily year after year. In 2016 the number fell 3.1 percent from the previous year to 84,926; that was down 35 percent compared to 10 years ago and was nearly two-thirds lower than the peak year.

When data for only Italian women are considered the reduction is even sharper—down 75 percent from the peak. Since 1995 Italian data have been separated according to the number of abortions obtained by Italian women and those by foreigners, whether residents or visitors. Until a few years ago, abortions by foreign women had been rising while those by Italians were declining. Now the foreign numbers have pretty much stabilized, accounting for nearly one-third of all abortions in 2016. Just over 47 percent of foreign women undergoing abortions in Italy were of Eastern European origin, 21 percent were African, and 18 percent Asian.

In 2016 the abortion rate for minors was only 3.1 per 1,000, one of the lowest in the world. Parental approval was given in 76 percent of all cases involving minors. Repeat abortions were 22 percent for Italian women, 37 percent for foreign women, and stabilized at 26 percent overall.

About two-thirds of abortions occurred in the 25-39 age bracket. Some 55 percent of these were for single women. Only 12 percent of women having an abortion had a college degree or higher.

Also in 2016 slightly less than half (47 percent) of all abortions involved pregnancies under eight weeks of gestation. Only 1.2 percent took place at 21 weeks or more. Two-thirds occurred within 14 days of certification of pregnancy, which is mandatory.

A major feature of the Italian abortion scene is the high percentage of doctors/gynecologists who are conscientious objectors. A few years ago, this situation led to cries of horror from United Nations human rights “experts,” who accused Italy of infringing on a woman’s right to abortion. Minister Lorenzin, however, ably provided detailed data for each geographic region which showed there were more than enough abortion-performing doctors across the country, available to provide what the United Nations deems a “service”—and none of these were “overburdened” as the UN had claimed.

Medical abortions and contraceptive use

The abortion pill has made some headway after its late introduction in Italy. Medical abortions via mifepristone, prostaglandin, or some combination of both, accounted for 18.2 percent of all abortions in 2016, up from 6.7 percent in 2011.

According to United Nations data for 2017, Italy’s “contraception prevalence rate” for women between the ages of 15 and 49 using “modern methods” is one of the lowest among European and other major countries (see table below), with China showing the highest in the world and the United Kingdom not too far behind. In Italy, at least, a low abortion rate cannot be attributed to a high rate of contraception.

In her presentation to Parliament, Minister Lorenzin[3] made one observation that perhaps applies to youth in all developed countries. She indicated that the gap between the initiation of sexual activity and the birth of a first child has widened over time and it is in this period “that pregnancies are often unwanted.” However, given that most abortions are had by women in their twenties (or under), the minister noted that countries such as Sweden, Great Britain, and France have both a much higher recourse to contraceptives and a higher abortion rate than Italy.

Law 194/78 went into effect on May 22, 1978. To mark the 40th anniversary, pro-life organizations will stage the eighth annual March for Life in Rome on May 19, saying yes to the culture of life and no to the culture of death. Past marches[4] have always included placards with strong messages noting the nefarious consequences of abortion. Last year, one poignant sign in particular brought home the long range implications: “Let’s not kill the future!”

[1] For a more extensive perspective on abortion in Italy see “Receding Abortion in Italy: Heightened Anxiety in Europe and at the UN,” Human Life Review, Spring 2017.

[3] In the March 4, 2018 general elections in Italy, Beatrice Lorenzin ran for a seat in the Chamber of Deputies and was elected. As of this writing it is not clear whether she also will retain her cabinet post as Minister of Health, which she has held for six years, through three government changes.